In poor and vulnerable countries, weather data is often unreliable or totally lacking. CREWS is an initiative which aims to significantly increase the capacity for seamless Multi-Hazard Early Warning System (MHEWS), to generate and communicate effective impact-based early warnings, and risk information for hazardous hydro-meteorological and climate events. Its purpose is to protect lives, livelihoods, and property in Least Developed Country (LDCs) and Small Island Developing States (SIDS). 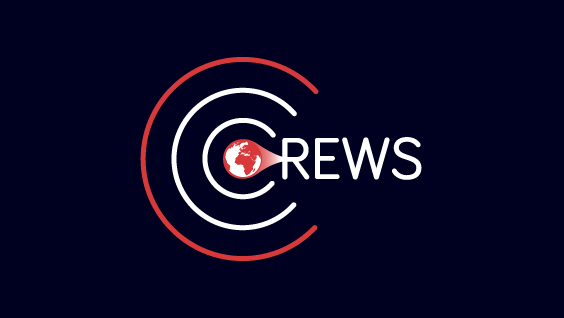 An increase of extreme weather events due to climat change

From 1970-2012, close to 2 million deaths and US$ 2.4 trillion of economic losses were reported globally as a result of droughts, floods, windstorms, tropical cyclones, storm surges and extreme temperatures alone.

According to the Intergovernmental Panel on Climate Change’s Fifth Assessment Report, the frequency and severity of such hazards is increasing, exacerbating risks to lives and livelihoods around the world, particularly in developing and least developed countries.

At the Third Conference on Disaster Risk Reduction in Sendai, Japan, in March 2015, the United Nations stresses the need to “substantially increase the availability of and access to multi-hazard early warning systems and disaster risk information and assessments to the people by 2030”.

Those countries that have successfully built these systems have benefited from dramatic reduction in deaths related to weather extremes, as well as various additional benefits to their economies. The capacities of implementing early warning systems in different countries and regions remain highly varied, within Least Developed Countries (LDCs) and Small Island Developing States (SIDS), particularly susceptible to weaknesses in their ability to issue critical warnings to the national and local authorities and resident.

Many countries have recognized the need to strengthen MHEWS by enhancing their hydrometeorological warning services combined with improving their emergency plans and operations. In their Intended Nationally Determined Contributions (INDCs), vulnerable countries define early warning systems (EWS) as a priority.

CREWS is the result of collaboration between the World Meteorological Organization (WMO), the United Nations Office for Disaster Risk Reduction and Disaster (UNISDR) and World Bank (GFDRR).

World Meteorological Organization (WMO) will support global and regional WMO centers and to promote coordination and alignment with national initiatives.

World Bank (GFDRR) will support the identification, design and implementation support to large scale programs at national level, as well as coordination and alignment of these programs with regional and global centers.

The Lima Paris Action Agenda is is a joint undertaking of the Peruvian and French COP presidencies, the Office of the Secretary-General of the United Nations and the UNFCCC Secretariat. It aims to strengthen climate action throughout 2015, in Paris in December and well beyond through.

CREWS aims to mobilize US$ 100 million by 2020 in order to fill the gaps in the exiting bilateral and multilateral cooperation programs. A trust fund, hosted by GFDRR will support the development of implementing institutions and organizations and their activities.

Funding partners France will provide 10 million Euros over 2016 and 2017 to the multilateral trust fund. Germany intends to support CREWS with an early contribution of € 3 million in 2015. France and Germany will work with G-7 partners to provide for coherence between the CREWS imitative and the G7 Insuresilience initiative aiming to provide support to most vulnerable countries to access to climate risk insurance coverage and early warning on weather related risk.

Luxembourg will provide 1 million euros in 2016 to the multilateral trust fund to support early warning systems in the most vulnerable countries.

Australia will provide AU$5 million specifically to the CREWS initiative to be spent over 2016 to 2020. This is in addition to more than AU$19 million already committed over this period for bilateral support, predominantly in the Pacific region.

Canada will contribute $10 million to the World Meteorological Organization to support better early warning systems in the most vulnerable communities under the CREWS initiative.

The Netherlands will contribute to the CREWS trust fund for €3 million.

Supporting partners Japan is committed to climate early warning system, and strongly supports CREWS initiative. Japan has been engaged in establishing and updating early warning systems in Asia and Pacific region including using satellite, and will continue to do so in the 2016-2020 period. Due to the budgetary cycle, Japan is unable to make quantitative commitments at this time, but will make substantive commitments in the next months ahead.

The United Kingdom will partner with the CREWS initiative. Work will start immediately through co-operation and joint working with existing programmes. These include a £24 million weather information project in Africa and other relevant projects.