The Ministry of Foreign Affairs and International Development and its operator, Campus France, are launching Immersion France, a free mobile app promoting tourism and language tourism in France for foreign tourists and language learners.

With over 130,000 students and foreigners arriving each year in France to study French, language tourism today creates several thousand jobs in our regions and generates over €115 million in turnover each year. 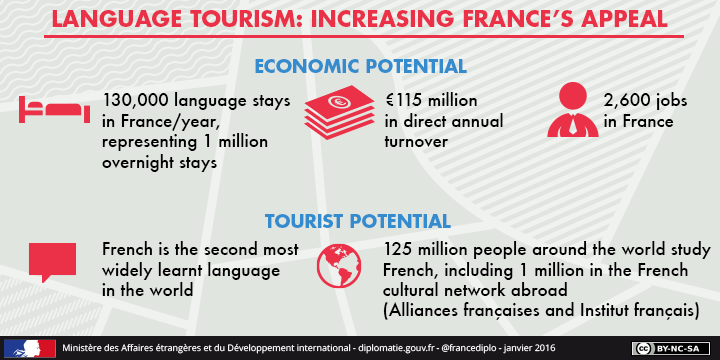 As the world’s number one tourist destination, France has a wealth of attractions to encourage learners to extend or diversify their stay or to encourage tourists to discover its language while visiting a region. However, it still lags far behind Britain in terms of the number of language stays: although France has a particularly diverse range of options, from small, independent centres to major universities, and choices of language training to meet the needs of all people (schoolchildren, professionals, families, etc.), it now needs to be better organized, raise its profile and become more transparent for foreign customers who are constantly connected and increasingly demanding in terms of services and hospitality.

Based on this observation, and following consultation with sector professionals at the first seminar on language tourism last June at the Quai d’Orsay, the MAEDI and Campus France have developed, in partnership with Atout France and TV5 Monde, the Immersion France app which allows users to choose from 300 language stays in France while learning about the tourist attractions in our regions and the French art de vivre.

Immersion France is a free app in French and English for mobile phones and tablets, available for Apple devices and soon for Android, allowing users to choose a stay in France based on their language skills and on their preferences in terms of the length of their stay, accommodation and preferred additional cultural or professional activities. 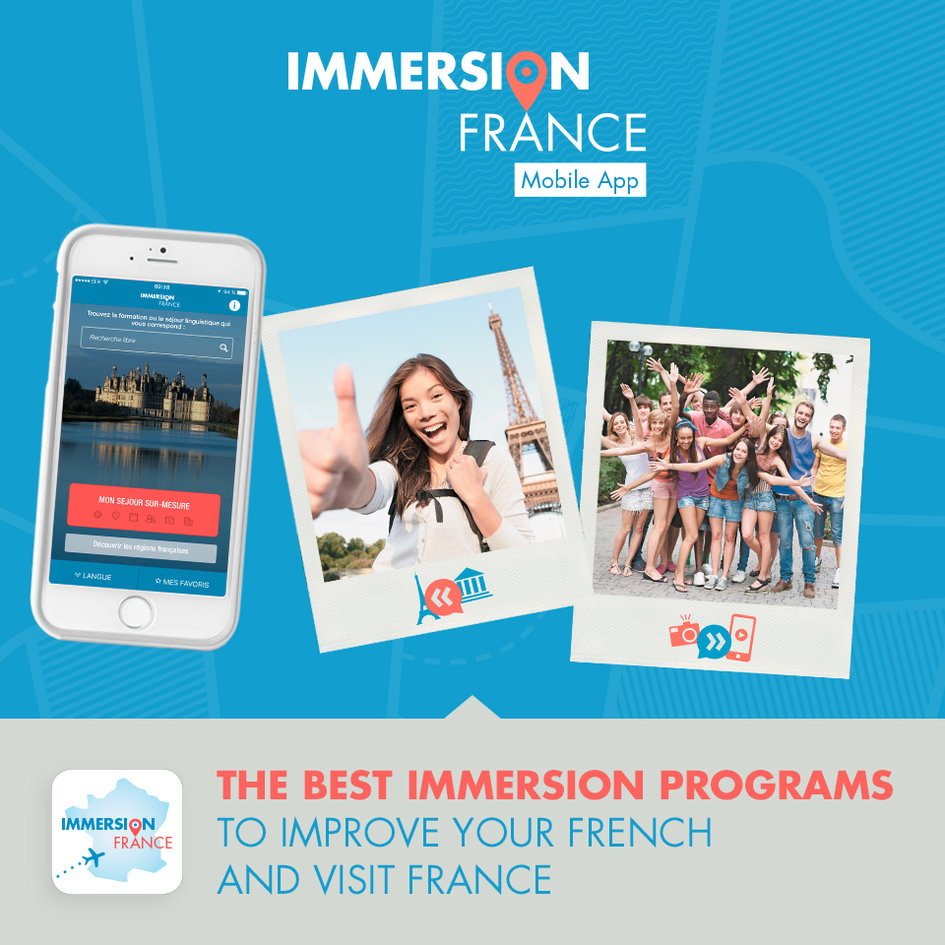